Year 9 pupils have been pitching ideas and coming up with innovative schemes as they try to become the title holders of the Young Business Dragons 2014 award.

Schoolchildren across Neath Port Talbot, Swansea, Carmarthenshire and Pembrokeshire are taking part in the competition, which this year has a smart home theme.

The event is run by the Regional Entrepreneurship Partnership, with support from the South Wales Evening Post, The Wave and Swansea Sound.

School Careers Co-ordinator Rachel Jenkins said she believed pupils got a lot out of taking part in the contest.

She said: "It's a fantastic competition and an excellent opportunity for the pupils. They were separated into groups before the contest and they have been working on their idea and pitching to the five judges during the day.''

She added: "It's literally Dragon's Den style. The competition has made a difference in terms of confidence and how they approach tasks after they deal with deadlines."

Sharon Cole will again take on the role of the school's business mentor.

The grand final will take place on 19th November. 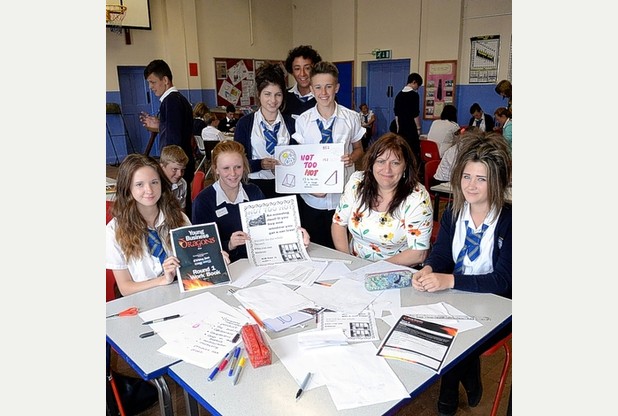