Molly OBrien (Year 7) is part of Llanelli Rhythmic Gymnastic Academy squad and competes individually and part of a group the 'Llanelli Diamonds'. She trains 16 hours a week and does ballet for an hour on a Saturday. She was part of the Welsh Future Hopes and is hoping to be part of the National squad.

Molly and the Llanelli Diamonds have recently trialled at the British Qualifying Testing that will determine if they can compete at the British Championships.  She has also competed in:
Gemau Cymru and won gold in her Club routine;
The Welsh Championships and won gold clubs and silver in ball;
Group invitational winning silver;
Group league in which they won bronze attaining the best score over three competitions. 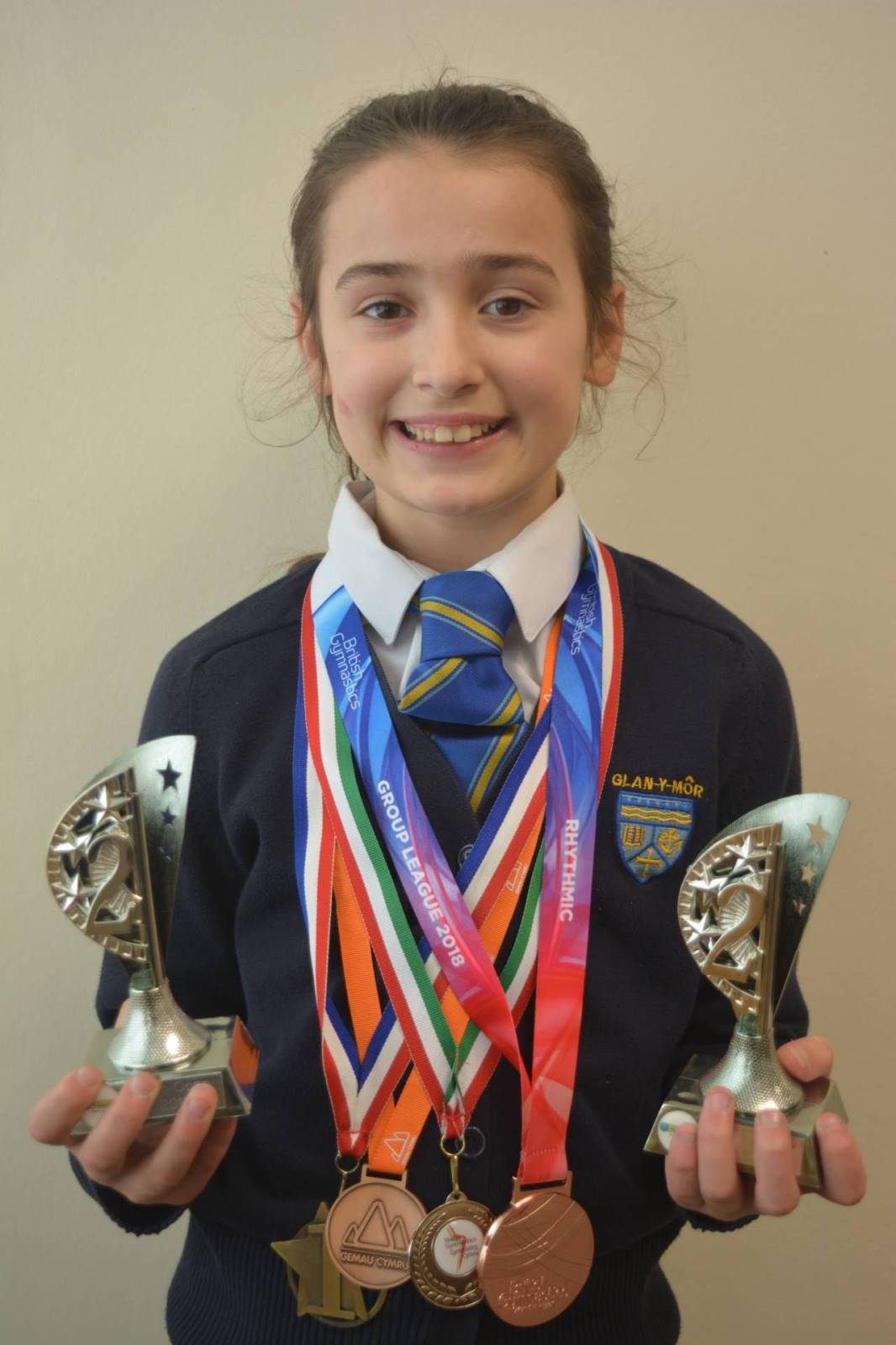