Alan Meyrick-Cooke (a.k.a. RustDoggy) of Year 9 and a budding composer was delighted to learn that BBC Radio Wales were going to play one of his compositions on air.

Alan sent his work to 'BBC Introducing' where a panel of BBC presenters selected the most promising and impressive compositions for air play. Presenter Adam Walton played Alan's music on 6th June 2015 and it can be revisited on iplayer.

Alan already has a portfolio of compositions that he has created. "I do not compose for a set genre of music, my work is still evolving and developing. It could be described as experimental at this stage".

Listen to more of Alan's music on d0ggymusic.bandcamp.com 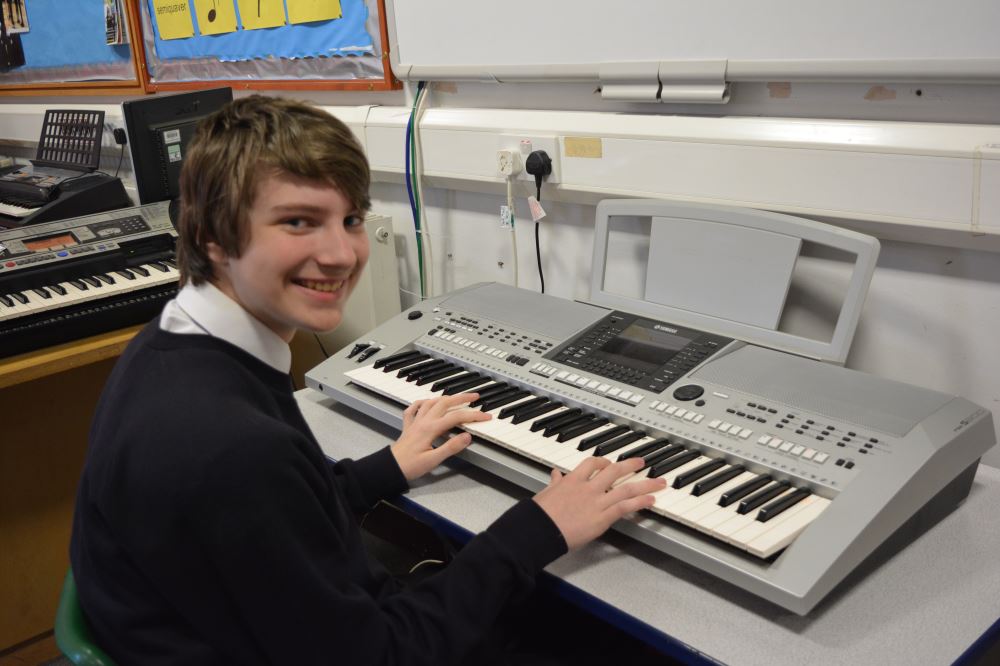